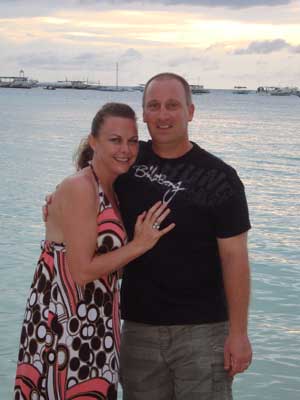 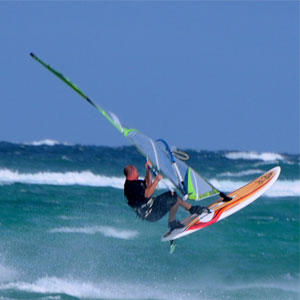 Matthew and Clair Skinner are originally from Eastbourne, East Sussex in the UK. Matt was a quantity surveyor and Clair was a business development executive for Cadbury Trebor Bassett. When it was time to take their holidays from work they would book long tropical holidays to far flung places and they caught the travel bug. So in February 2003 they decided to sell their house, quit their jobs and go travelling around the world for a year. They travelled through Asia, the Pacific and Central America. It Was on this trip that they had to make a stop off in Manila and Matt being a keen windsurfer and diver had read about a beautiful island called Boracay where it was reported that you could do both of these activities. So they took the very small 12 seater prop plane to Caticlan and then the boat to Boracay and they found paradise. After a short visit it was time to continue on their travels but Boracay had a very special place in their hearts.

After the year was up they decided to do it all again!

Because Boracay was such a special place to them, they spent 5 months of the next 12 months of travelling around the world living on Boracay.

So very quickly their Second round the world trip was up and it was time to go back to the UK but they couldn’t face the thought of going back to the corporate world and started thinking about living and working abroad. So they set off again for the 3rd time to try to find somewhere that they could live and have a business. Matt’s dream was of having a windsurfing shack on the beach somewhere. So they travelled back to an island called Roatan in Honduras and Matt worked there for 3 months in a windsurfing school, then tried out dolphin training which he loved. Unfortunately the wind wasn’t consistent enough and they felt it wasn’t the place for them to have their business, so they set off again and the trip bought them back to Boracay. They stayed for another 3 months and they fell in love with the island and the Filipino people and they tried to think of a way that they could earn some money and live there forever. There wasn’t an option to open a windsurfing centre but there was a piece of land available beside a windsurfing centre, so they decided to take the plunge and build a resort catering to windsurfers and kite surfers.